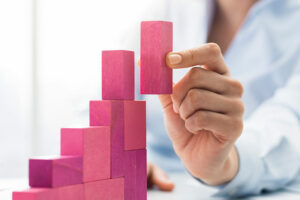 Fuse Medical, Inc. (OTC: FZMD) (“Fuse” or the “Company”) announced today that it closed on a capital investment from local healthcare executives Mark W. Brooks and Christopher C. Reeg. Messrs. Brooks and Reeg bring over 50 years of combined experience in the ancillary healthcare market and have partnered in the formation and operation of multiple high-growth healthcare ventures. Mr. Reeg currently serves as the President and Founder of Maxim Surgical, a manufacturer and distributor of spinal and orthopedic implants. Mr. Brooks currently serves as Chief Executive Officer of CPM Medical Consultants, LLC, a privately-owned national distributor of medical devices and regenerative tissue.

In connection with the closing of the investment, effective December 19, 2016, the Company’s Board of Directors has appointed Mr. Brooks as Chairman of the Board and Mr. Reeg as Chief Executive Officer of the Company. Christopher C. Pratt, D.O. resigned from his position as Chief Executive Officer, and Robert H. Donehew resigned from his positions as Chairman of the Board and Chief Operating Officer.

Mr. McLaughlin is a Certified Public Accountant licensed in the State of Texas and has over 25 years of experience in accounting and financial reporting positions for private and large public companies traded on the NYSE and NASDAQ, in addition to “Big-Four” public accounting. Mr. McLaughlin currently serves as Chief Financial Officer of CPM Medical Consultants, LLC. Mr. McLaughlin will not be employed by the Company and satisfies the requirements for independent directors and audit committee financial experts, and he will lead the Company’s efforts to establish an Audit Committee.

Dr. Pratt commented, “We are thrilled Mark and Chris have selected Fuse as their long-term strategic platform. They bring added healthcare and financial expertise to our Board of Directors and management team. This is a relationship that will drive success and longevity for Fuse. The Company’s Board of Directors view their significant investment in Fuse as a vote of confidence in our business and our long-term growth prospects, and we look forward to working together to grow and shape our product distribution portfolio.”

“Although the Fuse Board will miss Rusty Shelton and Randall Dei, they have been an instrumental part of developing the Fuse story and we are grateful for their fine contributions,” Mr. Donehew added.