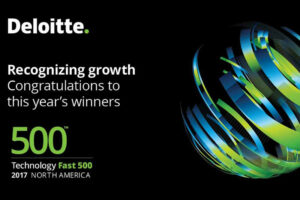 During the selected period, Fuse’s revenue grew 2,706% securing the No. 56 spot on the list. Overall, 2018 Technology Fast 500TM, companies achieved revenue growth ranging from 143% to 77,260% percent, with the medical device sector having median growth at 396% percent.

Christopher C. Reeg, Chief Executive Officer, commented, “We are honored to make our debut on the Deloitte’s Technology Fast 500. It is a privilege to be included with other fast-growing, innovative companies that are rapidly becoming leaders in their market sectors. This recognition further validates Fuse’s continued commitment to new product development, while adding value to the health care system.”

Sandra Shirai, vice chairman, Deloitte LLP, and U.S. technology, media and telecommunications leader, “Congratulations to the Deloitte 2018 Technology Fast 500 winners on this impressiveachievement. These companies are innovators who have converted their disruptive ideas into products, services and experiences that can captivate new customers and drive remarkable growth.”

Deloitte’s Technology Fast 500TM provides a ranking of the fastest growing technology, media, telecommunications, life sciences and energy tech companies – both public and private – in North America.  In order to qualify for Technology Fast 500TM, a company must meet certain criteria including: (i) be in business for minimum of four years; (ii) headquartered in North America; (iii) at least $50,000 in operating revenue for 2015; (iv) at least $5 million operating revenue for 2018; (v) a growth rate of 75 percentage or greater; and (vi) own proprietary intellectual property or proprietary technology. The winners are selected based on percentage fiscal year revenue growth over a three-year period. To view more information as well as a full list of winners: Deloitte 2018 Technology Fast 500 Winners.